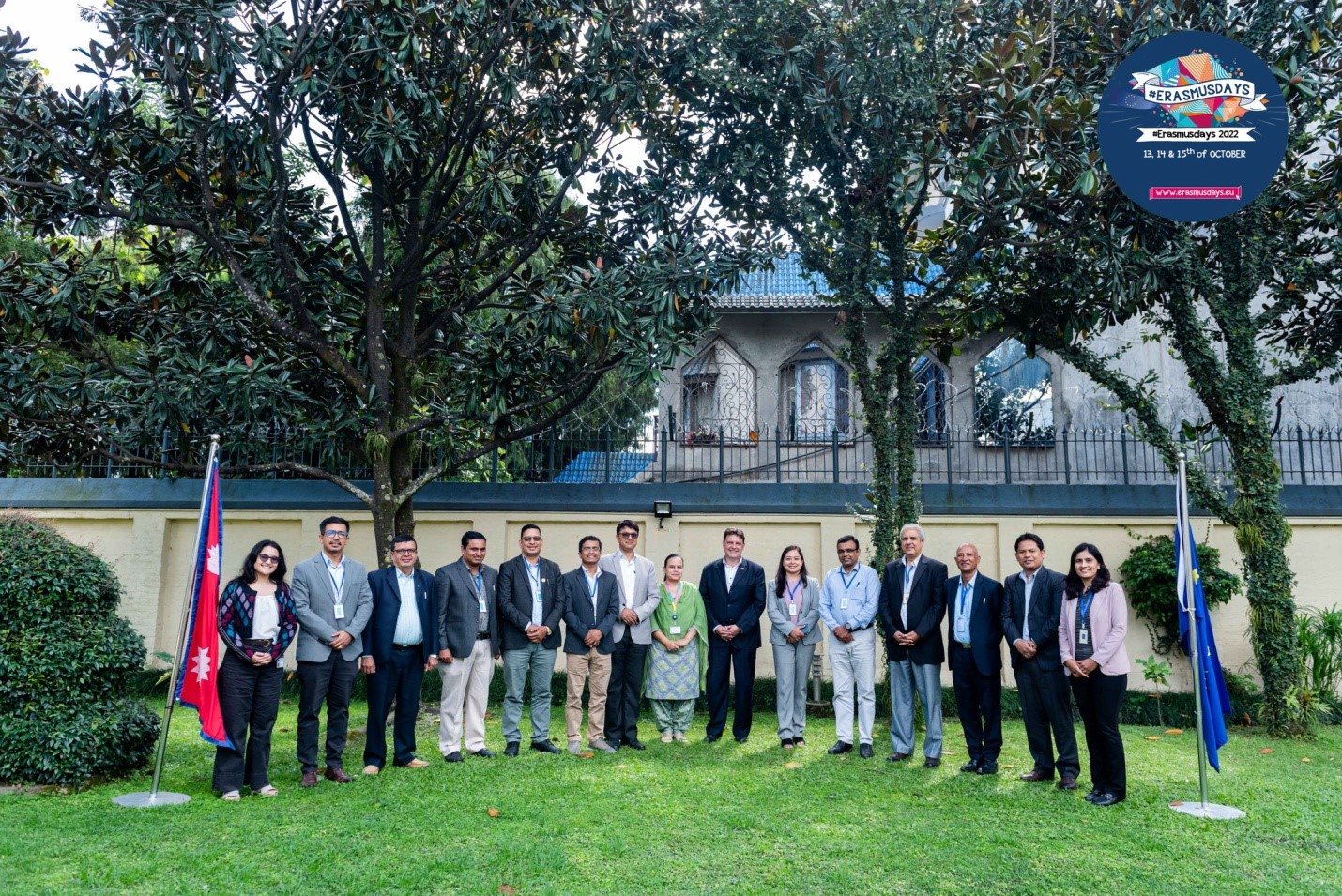 Prof. Rameshwar Rijal, Chairman of Kantipur Engineering College participated in an event organized by The European Union Delegation to Nepal on October 14, 2022 to mark the 35th Anniversary of Erasmus+.

The representatives of the partner universities appreciated the EU for stepping in to strengthen the network between the EU and partners as well as among the partners. The EU has agreed to pass on partner universities’ viewpoint to the Ministry of Education, and will support them to strengthen their links with European Universities and EU Member States present in Nepal. Partners too have expressed interest to host events of a similar nature.